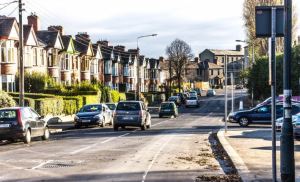 Richard Bruton T.D., Minister for Education & Skills has advised me that following the decision of An Bord Pleanala to agree to a three stream school or twenty-four classroom, building on the Grangegorman campus, the school building project is being advanced. The project has been devolved to the Grangegorman Development Agency (GDA) for delivery. Currently, the project is at Stage 2(a) of the architectural planning process, which is the detailed design stage. From the information shared with me by the Department of Education, I understand that a planning application is being worked on by the Grangegorman Development Agency. A draft planning application will be submitted to the Department for Education for examination and approval later this year. Before that application is lodged with the Planning Department of Dublin City Council, I will work to update you further.

The Grangegorman Development Agency (GDA) is working to advance the various building projects on Grangegorman campus. In terms of the main new build aspects of the redevelopment project, contractors are currently carrying out testing on the site in preparation for the start of construction works begin on the Central and East Quads, early in the new year. Assessment of the tenders submitted by possible Design Teams for the Residential Care Neighbourhood is ongoing with a preferred Design Team to be selected by years’ end. A planning application is likely to be submitted to Dublin City Council this month for permission to construct the Library in the new Academic Hub. The new Primary Care Centre is nearing completion and the aim is to have the Audiology and Ophthalmology facilities installed by Christmas. If you have further questions or queries arising from the details provided above, please contact me at raymcadam@gmail.com.

Local residents have contacted me expressing concern about the possibility of the Dublin Fire Brigade Depot on Stable Lane, just off North Brunswick Street being sold by Dublin City Council. These concerns arose because of the level of development taking place on sites located near to the City Council owned site. In order to address these concerns, I sought certainty on the matter from the Chief Executive and raised the issue at the November meeting of the Council. The Chief Executive’s response advised that Dublin Fire Brigade uses the site on Stable Lane for its workshop, garage, stores, laundry. The Fire Brigade also uses it for the sterilisation of its equipment and Ambulances. The reserve fleet is located at this facility. The Chief Executive has now confirmed to me that Dublin Fire Brigade will continue to use these vital facilities “until alternative arrangements are made”. I will continue to monitor developments in this regard across the coming months and will keep local residents fully updated.

TACKLING THE SCOURGE OF DOG FOULING
The Dublin Central Area Office of Dublin City Council has commenced a pilot programme to help reduce the scourge of dog fouling across the North Inner City. Officials have identified a number of areas where the initiative will be trialed. The pilot areas include the Royal Canal Walkway, Blessington Street Basin and Fontenoy Street areas of Phibsborough, Stoneybatter and East Wall. Dog dispensers and bins will be installed with dog bags distributed to the public in order to promote awareness of the good practice in cleaning up after your dog. Mobile units will move from area to area in order to help combat dog fouling on our streets.

The third meeting of the Group responsible for the implementation of the Phibsborough Local Environmental Improvement Plan took place recently. Officials outlined actions steps that had been taken to implement the 41 various objectives contained in the plan as well as engaging with local community groups and residents association, at my urging, so that contentious proposals are discussed and details shared. In addition to the Royal Canal Greenway delay, updates were provided in four key areas, including:
• Following the concerns of residents about the City Council’s Landscaping & Play Plan for Great Western Square, I have arranged for the Great Western Square & District Residents Association to meet those officials to discuss all aspects of the proposal.
• The Transportation Department of the City Council will shortly begin a formal review process of how the introduction of the new 30km/ph speed limit is working across Phibsborough. Any remedial or engineering interventions which may be required will be considered as part of this review.
• Construction work will begin in January on the provision of 13 new bicycle parking stands across Phibsborough. These new stands will be located at:
 4x stands, adjacent to Phibsborough Shopping Centre.
 4x stands, just off Phibsborough Road at the Library on the North Circular Road.
 5x stands, at the Mater Hospital on the North Circular Road.
• The Property Disposal of Dublin City Council is continuing to negotiate with the Transport Infrastructure Ireland to extend Mount Bernard Park. Ground investigations and the cost of remediating the site in question are two of the issues that have prevented an agreement being reached. I will work to keep residents updated of developments in this regard.

Following the very unsatisfactory manner in how Dublin City Council advanced a variety of options for the delivery of the Liffey Cycle Route, the National Transport Authority has directed the Council to suspend all works on the project. The National Transport Authority has now indicated that an Independent Third Party will undertake a review of the entire project and the various proposals that have published with regards how the Liffey Cycle Route can be delivered. Over the past twelve months, I have reiterated my opposition to Option 7 given the potential impact this proposal would have on the north-west inner city. No timeline has been provided by the National Transport Authority for the completion of this independent review and as Chairman of the North Inner City Area Committee, I have already sought a firm commitment from the National Transport Authority that the local community will be afforded the opportunity to input directly into this review. With that in mind, I invited the Save our Streets Campaign to speak at the North Inner City Area Committee meeting in City Hall on October 10th last to begin that process.

ARE YOU REGISTERED TO VOTE?

The right to vote is fundamental to our democracy. All adult residents in the city have the right to vote in Local, European and General Elections as well as Referenda. If you want your voice to be heard be voting, make sure that you are on the Electoral Register. Email me at raymcadam@gmail.com if you are uncertain as to whether you are registered and I can find that out for you. If you are not registered, I can send you a voter registration form which is easy to complete. The deadline for you to be registered at November 25th 2017. By making sure you are registered, you can ensure that your vote counts and your voice is heard at the next election or in forthcoming Referenda!

Contrary to recent rumours and scaremongering by some politicians, the An Post Office on the North Circular Road is NOT CLOSING and local services are not being reduced. Senior management in An Post have decided to convert the Phibsborough Post Office from being one run directly by the company to one being run by a contractor. Our local Minister, Paschal Donohoe T.D. secured a commitment from An Post that this change “will not in any way change the range or extent of the services offered” in Phibsborough Post Office. Both myself and Minister Paschal Donohoe will work together with the local community to ensure that this commitment from An Post to provide Phibsborough with the “highest level of services for the future” is honoured and implemented in full. In addition to this, An Post have confirmed to Minister Donohoe and I that no losses in employment numbers are envisaged with existing staff in the Phibsborough An Post office having a number of options open to them, including the opportunity to continue working in the office or elsewhere within An Post. Let me once again, reiterate that Phibsborough Post Office is NOT CLOSING!