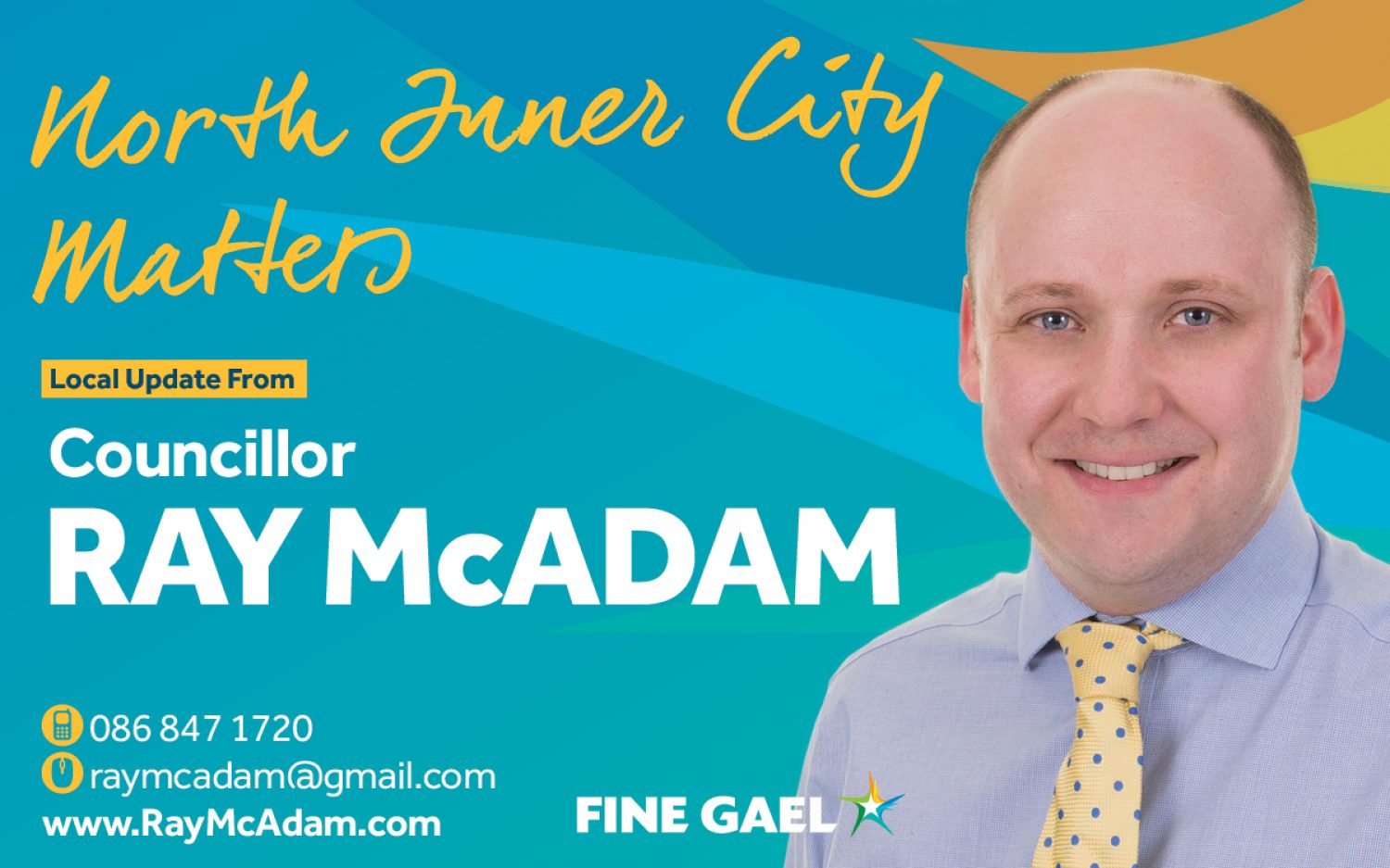 The extension of the Temporary Wage Subsidy Scheme to assist those financially affected by Covid-19 until the end of August is a crucial support for thousands of people across the North Inner City, a Fine Gael Councillor has said.

On top of this, the Fine Gael led Government has also confirmed the Pandemic Unemployment Payment will also continue as the country emerges from the worldwide health scare. Both financial schemes were introduced at the start of the Covid-19 pandemic by the Government.

Councillor McAdam said, “Fine Gael has been making every effort to assist all who have lost their jobs, their incomes or part thereof, from the restrictions brought in to ensure the health and safety of all. The Temporary Wage Subsidy Scheme and Pandemic Unemployment Payment was introduced for people in the North Inner City who lost their jobs at a time of great stress and helped to alleviate financial worries for them and families.

“Through the sacrifices all across the North Inner City that have made since March, we are emerging from this unprecedented crisis. Bearing this in mind, I am delighted my Government colleagues have decided to extend the Temporary Wage Subsidy Scheme until the end of August and the Pandemic Unemployment Payment will be extended until August 10th.

“Many people in the North Inner City are still dependent on the Pandemic Unemployment Payment and I am pleased that we can continue to support them for the coming weeks.

“The Temporary Wage Subsidy Scheme (TWSS) was introduced on March 26th to support firms and preserve the relationship between the employer and employee by subsidising a portion of the employer wage bill in circumstances where the employer’s business was negatively impacted by the Covid-19 restrictions.

“Finance Minister Paschal Donohoe T.D. has confirmed that, as matters currently stand, the TWSS will remain in place until the end of August,” Councillor McAdam said.

Minister Donohoe said, “I have always been clear that this support cannot last forever, but I am satisfied that a decision has been made, for now, to continue the Wage Subsidy Scheme until the end of August.

‘As the public health restrictions are eased in the coming weeks, I will expect to see a continued decline in reliance on the scheme throughout the summer as the economy continues to re-open and people are able to return to work. This economic recovery will be monitored and will inform a decision later in the summer on the need for further extension or tapering beyond August’.

The changes announced to the Pandemic Unemployment Payment include:

• Extending the availability of the Pandemic Unemployment Payment from June 9th until Phase 5 of the Roadmap for Re-opening Society and Business (currently scheduled to begin on August 10th);

• The introduction, from Phase 3 of the Roadmap (June 29th), of a two level payment structure to link the Pandemic Unemployment Payment level to prior earnings;

• The extension, until Phase 5 of the Roadmap, of the waiver of waiting days on jobseekers payments and the increased rate of payment for Qualified Adults on jobseeker claims;

• The extension, until Phase 5 of the Roadmap, of the current arrangements with respect to the waiver of waiting days and the payment of an enhanced rate of Illness Benefit to people affected by Covid-19.

• For those whose prior employment earnings were €200 per week or higher (about 75% of recipients), the PUP rate will remain at €350 per week;

• For those whose prior employment earnings were up to €199.99 per week (about 25% of recipients), the PUP rate will be €203 per week – the primary rate of payment of the Jobseeker’s Benefit scheme

No person on the lower rate of payment will receive less on PUP than they were previously paid by their employer.

Announcing the extension of the PUP, Minister Regina Doherty said: “The changes to the structure of the Pandemic Unemployment Payment means that it continues to be a strong support but also a fairer and more targeted support – no full-time worker will have their payment reduced and part-time workers will continue to receive more income than they did from employment before Covid-19. This is fair and equitable and is one further step along the way to re-opening our society.

“Finally, with regard to the future of PUP and our supports in the longer term, I have tasked my officials to start working on options for any future changes to the scheme – taking into account progress in the re-opening of society and the developing health situation.”